With a population of over 7.4 million and Internet penetration of 74.1%, Internet usage is relatively high. Mobile devices are the most popular method to get online, where the average user spends over three hours a day on the Internet. The average user has 43 apps installed on their mobile device; instant messaging, social networking, and search engines are the most popular. In-app purchases are also on the rise as digital goods are increasing sold through mobile gaming and communication apps.

Hong Kong has the second fastest peak connection speed in the world with an average peak of 105 Mbps. It currently ranks as the 6th fastest country in the world on the Internet with an average connection speed of 16.8 Mbps. This is due in part to the deregulation of providers for International Long Distance Telecommunications Services (ILDTS) in 1999. However, Internet connections in rural areas are still relatively slow with speeds as low as 1 Mbps.

Although the Internet is monitored by authorities in Hong Kong, websites are not usually blocked, regardless of their political views. Government licenses are not required to operate a website. However, delivering content into mainland China can be more challenging.

China has the world’s largest online population with over 720 million Internet users and 52% Internet penetration. It represents over 21% of online users globally. Increased mobile device usage contributes to its continuous growth, since over 80% of Internet users connect using smartphones and tablets.

QUANTIL uses a dedicated fiber link connection between Hong Kong and the Tier 1 ISPs in mainland China, which delivers your content with high speed and availability. 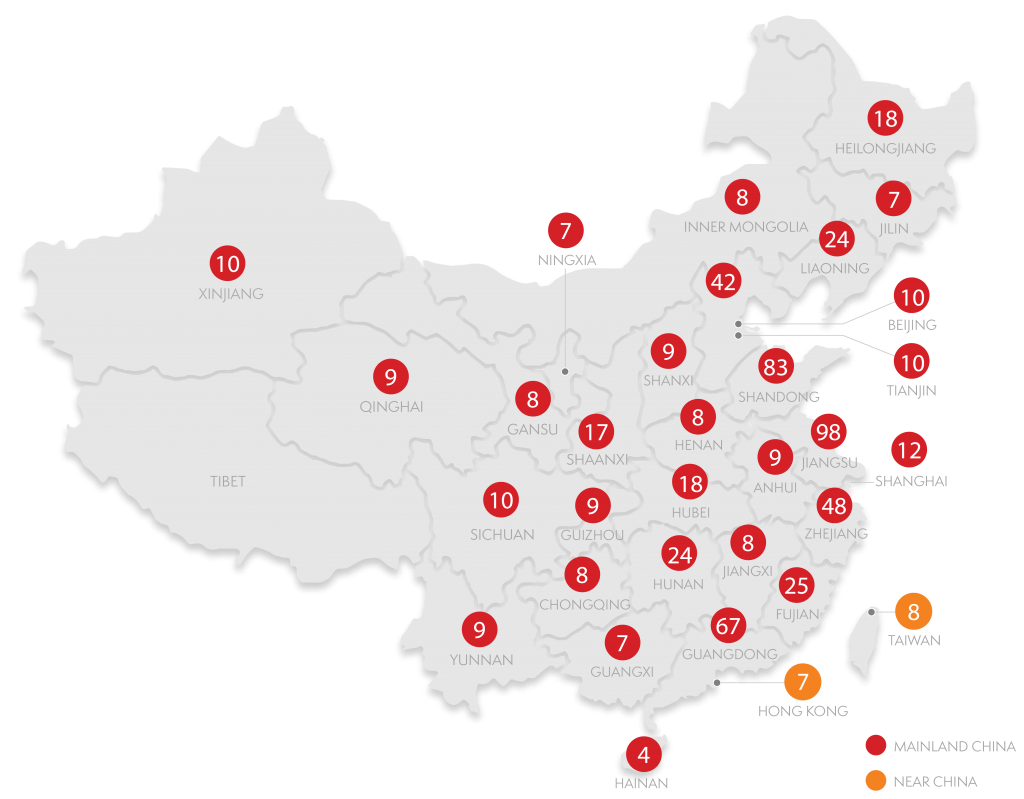 Using the near-China solution means that content can be delivered without requiring an Internet Content Provider (ICP) certification and end users in China receive your content with high speed and availability.

×
Manage Cookie Consent
We use cookies to ensure that we give you the best experience on our website. By using our services, you agree to our use of cookies.
Manage options Manage services Manage vendors Read more about these purposes
View preferences
{title} {title} {title}